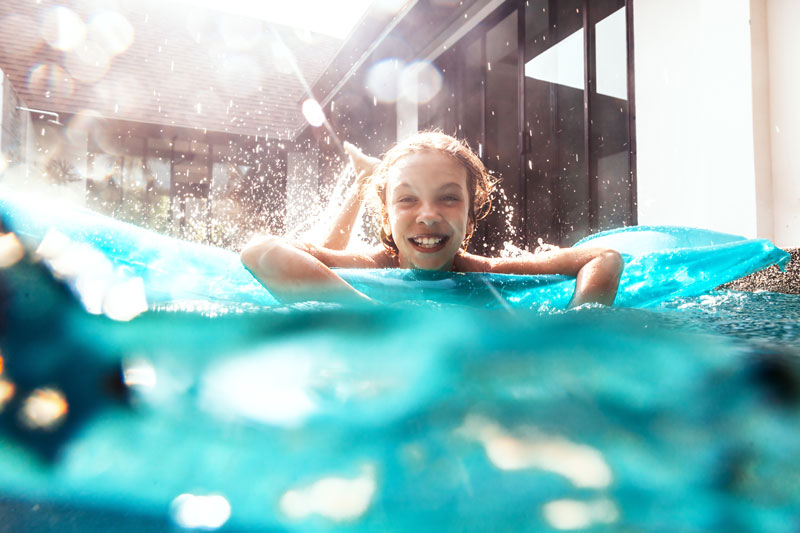 A SPATE of summer backyard drownings has health professionals urging families to be vigilant about water safety. In the past three months, Brisbane’s Lady Cilento Children’s Hospital has reported six drowning incidents.

Eleven children between the ages of 11 months and 11 years were rushed to the pediatric intensive care unit – four from public pools and five from backyard pools.

Six of those children died.

The former children’s hospitals at Royal Brisbane and Mater had only two cases of fatal drownings in total between December 2013 and Feb 2014, and only one for all of 2014.

The spike in the number of drownings has prompted the Royal Life Saving Society of Queensland to remind the community that water safety is key, even in the cooler months. “Many people don’t realise that drowning can be silent and quick,” executive director Michael Darben said. “Children in difficulty cannot always wave or call out, and the silently slip unnoticed to the bottom, even in a busy public pool.”

Over summer 20 people arrived at Sunshine Coast hospitals – including Gympie, Caloundra and Nambour – after near-drowning incidents.

In the previous summer, 17 people presented after near-drownings. Drowning is the most common cause of accidental death in Australian children aged up to four.

“Children in difficulty cannot always wave or call out.

With every splish and every splash, instructors at Swimfit Cotton Tree are teaching children valuable life lessons.

The learn-to-swim classes fill up fast, with pupils as young as six months. Swim school co-ordinator Sue Sweeney is emphasising the importance of water saftey following a report from Brisbane’s Lady Cilento Children’s Hospital that it has seen a spike in the number of drownings and near-drownings.

“We start to familiarise the child with the water at an early age, even if it’s in the bathtub,” Ms Sweeney said. “It’s about starting to talk to them, where we say a child’s name then say ‘ready, set, go’ and start that from an early age so children recognise that cue as an invitiation to enter the water. It’s another barrier of safety for them.”

Ms Sweeney said parents were also key to teaching children to love, respect and thrive in the water. “Things are play based, but in those younger years we want to focus on safety  and survival skills so if kids fall in the water they are able to pop themselves up and go back to the wall,” she said. “The Coast is such a water-based environment to grow up in, those skills are essentail.”