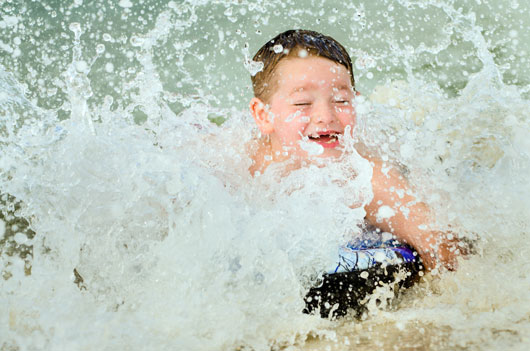 Posted at 02:59h in Swim School, Swimming education by Gina

The most essential skill needed to survive Down Under is knowing how to swim.

What are the essential skills needed to live on this big brown island we call Australia?

You need to be able to burn meat over a gas flame, obviously, and deal with flies and learn how to walk backwards in thongs and know that “bring a plate” doesn’t actually mean bring a plate. All of these are obvious.

But I’d argue that the most essential skill needed to survive Down Under is knowing how to swim.

We’re overwhelmingly a coastal nation. Look at a population map and you’ll soon see the vast majority of Australians live near the sea. Our interior is hot and dry and, by world standards, virtually uninhabited.

According to ABS figures 85 per cent of Australians live within 50km of the coast. Tassie has the highest percentage of coastal dwellers (99 per cent), but South Australia ties with WA for second place (91 per cent). Not only are our capital cities all located on the coast, almost all of the country’s major growth areas outside of our capitals are near the sea.

So while our stories and myths and art have traditionally focused on the Outback, the reality is that modern Australia is a nation forged in the surf. We’ve produced countless surfing heroes, from Nat Young, Midget Farrelly and Wayne Lynch to Mark Occhilupo, Mick Fanning and Stephanie Gilmour. (As an aside, did you know that the 1983 Australian Open surfing champion was actually a South Aussie called Bill Sedunary? It’s a great story.)

Swimmers like Dawn Fraser and Ian Thorpe are household names, and when you say “ironman” to an Australian they’re as likely to think of Grant Kenny as they are Robert Downey Jr.

Tragically, our love of the ocean (and our rivers and dams and pools) claims hundreds of Australian lives every year. The harsh reality is that, in many cases, these deaths could have been avoided had the victim been a strong swimmer.

In the 2014/2015 financial year 271 people drowned in Australia. The figure is roughly evenly split between freshwater (99 deaths) and the sea (91 deaths). Eight out of 10 drowning victims were male, highlighting men’s propensity for risk taking and swimming while drunk or under the influence of drugs.